Torricella Peligna is a hill town between the Sangro and Aventino Valleys, in the province of Chieti, in Abruzzo. Its view extends to the Adriatic Sea and, like all Italian villages, it boasts an archaic history. 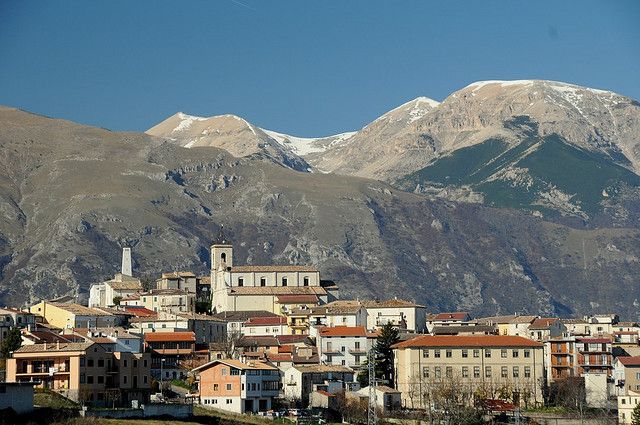 The most ancient archaeological finds date back to the 6th century BC and are located in the archaeological museum of Chieti. The area was regularly inhabited in the Samnite era, as evidenced by the megalithic walls on Mount Moresco, by one of the four tribes that made up the Samnite people, the Carecini, dedicated to agriculture and pastoralism. The area was then conquered by the Romans and three centuries after the fall of the Empire, in the sixth century AD, was the scene of the Greek-Gothic war, as confirmed by the discovery of a copper Ostrogothic helmet, now preserved in the Early Medieval Byzantine Museum of Abruzzo inside the splendid Ducal Castle of Crecchio. It is possible to admire other finds in the Anthropological Museum of Torricella.
From the seventh to the tenth century, numerous castles and abbeys were built in the area, such as the Hermitage of San Rinaldo, linked to the figure of Celestino V, in the ancient village of Fallascoso, a hamlet of Torricella.
Unfortunately, nothing remains of the Torricella Castle because it was blown up by the Nazis during the war after having occupied it in 1943 and used as headquarters. It was during the retaliation against the English troops that the Nazis killed many civilians, especially old people, women and children, victims that the country remembers in a monument that stands in the heart of its historic center, right in the place where the castle once stood.
After suffering the destruction of the war and even if the center was rebuilt, Torricella, like many other small Italian towns, suffered a strong depopulation before and after the war due to emigration and today it has only 1,250 inhabitants. The Honda factory that has given work to many families since the 1970s has improved the situation a little, but the country has tried to get out of anonymity, keeping the citizen spirit alive, paying homage to its illustrious countrymen, such as Vincenzo Bellini and Silvio D’Amico, and maintaining relations with the United States, thanks to the writer John Fante (whose father, Nicola, was born in Torricella) and to a festival dedicated to him.
The initiative allows the Italian public not only to get to know and appreciate the Italian-American writer better, but also to support emerging writers thanks to a competition dedicated to first works and to promote tourism in the small towns of Sangro – Aventino, helping individuals discover the landscapes beauties, traditions and local gastronomic specialties.

John Fante was born in Denver in 1909, from the Italian Nicola Fante, a native of Torricella Peligna. Of humble origins and a bricklayer by profession, Nicola emigrated to the United States in 1901, where he married the Italian-American, Mary Capolungo, who gave him four children, including John, the eldest son.
After a turbulent adolescence, John began to do precarious jobs such as dishwashing in restaurants, a handyman in a professional studio and a worker in a canned fish factory. In 1930, he moved to Los Angeles and attended university, but he was not a brilliant student and did not finish his studies, but the city of cinema gave him a job as a short story writer for The American Mercury magazine. The distance from home and family made him rethink his childhood years and his parents, who always remained a source of inspiration in all his work.

Nicola and Mary soon moved to Roseville, a quiet California town, where John met his future wife, Joyce Smart, one of the first women to graduate from Stanford University, from a wealthy family who didn’t look favorably on her relationship with John. The two, however, got married in great secrecy in Nevada and then moved to Los Angeles, where they had four children.
After the writing of the novel The Road to Los Angeles, which was never published and came out posthumously, John Fante published Wait Until Spring, Bandini, which was considered the best book of the year by critics and was translated into many languages (also in Italian by Elio Vittorini) and in 1939, he published Ask the Dust, which was considered his masterpiece. The following year, the first collection of thirteen short stories was released, Dago Red. At the same time, Fante worked as a screenwriter, which allowed him to live with a certain ease and to collaborate with directors in the caliber of Orson Welles.
He then devoted himself to a novel about Filipino immigrants in California, The Little Brown Brothers, which however would not be published. Embittered, John Fante no longer wrote for ten long years. In this period, he led a life of excess; he devoted himself to gambling and alcohol. His next novel, Full of Life, came out in the 1950s and was immediately an extraordinary success, so much that it was transposed into a film for which Fante wrote the screenplay. The success, even economic, of the book and film gave him the willingness to buy the famous villa in Point Dume, where he set My Dog Stupid. 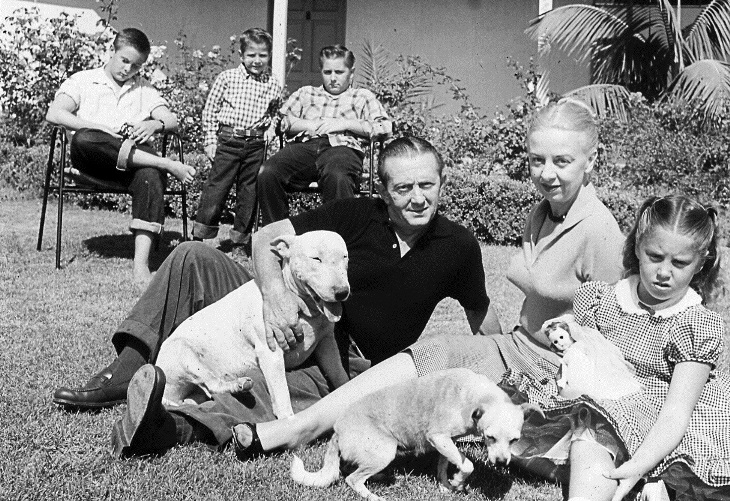 At the end of the fifties, John Fante was in Italy to collaborate with Dino De Laurentis on the screenplay of the film Black City. In these years, he was experiencing a moment of great creativity. He wrote The Brotherhood of the Grape, strongly inspired by the figure of his father, 1933 Was a Bad Year and My Dog Stupid which, however, was ignored for a long time by the publishers and came out posthumously. But a new generation of American writers began to consider Fante a teacher, such as Charles Bukowski who, in the novel Donne, made the protagonist declare that Fante was his favorite writer. Many times also declared by himself and unreservedly, he directed the curiosity of his readers towards Fante and caused his publisher, after reading Ask the Dust, to decide to print the whole work.
Dominated by the diabetes that made him blind and caused him to have both legs amputated, Fante told his wife his last novel, Dreams From Bunker Hill. He died in 1983, a few months after the reissue of Wait Until Spring, Bandini.

This extraordinary writer who had to fight with a poor childhood and racism, with little editorial luck and a disease that deeply undermined him, is the symbol of resilience, a concept that is present more than ever this year, in this terrible covid era, and which made possible to carry out, even with all the organizational and health difficulties, the fifteenth edition of this miraculous and beloved small Abruzzo festival.
Not being able to participate in first person, given the restrictions, the festival was available in a video link thanks to Jim and Victoria Fante, children of John, the actor Joe Mantegna who played the film based on the book Wait Until Spring, Bandini and the director of the film, the Belgian Dominique Deruddere, who told of his Italian origins.
The festival could not fail to remember, in the year of the centenary of his birth, Charles Bukowski, the author so strongly linked to Fante, also in the way of looking at and describing his anti-heroic characters.
To characterize the 2020 edition were the John Fante awards, presented to three female finalists, by an almost all female jury.

It was a way to pay homage to Joyce Smart, a poet and intellectual who, despite his alternating literary fortune, always believed in the talent of her husband John.
For the next edition to be held on the 19th, 20th, 21st and 22nd of August this year, the competition for the John Fante award has just ended and the festival, sponsored by the Abruzzo Region, Vini Contesa, the US Embassy and ANSA Agency, will take place in the presence of a small audience and in compliance with all covid health regulations. For this reason, those who wish to participate are invited to book as soon as possible.