There is no such thing as Italian cuisine. It’s actually more of a blanket term that encompasses the various regional cuisines that can differ greatly from one another. And so we’ve designed as many Italy Food Tours as there are diverse types of cuisine throughout Italy’s territories. Their differences are not due simply to their geographic position nor to the types of ingredients (fruits and vegetables, fish, or meat) that are traditionally available there. Each region’s cuisine has been influenced over hundreds of years by invading nations, which left behind traces of their culture in Italy’s history, art, and of course, in both food and drink.
Just as learning about local architecture and art can help you understand a place better, Italy’s regional cuisines will help you better understand the history and culture of each territory through the flavors that give them their unique character. As you join us for our Italy Food Tours, we’ll accompany you as you travel through space and time, and help you gain a better understanding of what a cultural experience it is for us to enjoy an exquisite meal along with a fine wine.

After the food traditions of the Pre-Roman peoples, as well as the Greek and Roman foods once found in Italy, it’s safe to say that a very dark time, for food and people, befell the region. And it coincided exactly with the arrival of the barbarian peoples. No longer did people enjoy refined and extravagant meals that were a Roman custom. Meals were just something people ate to stay alive; the banquets from medieval times looked more like heaps of foodstuffs rather than a harmonic pairing of foods. By the time the Lombards invaded from the north, every trace of gastronomical tradition had been lost.
They did, however, begin to introduce some small improvements. They shared the idea of a steak – a cut of meat from a freshly butchered animal, as well as the predecessor of the colomba pasquale (a traditional sweet bread). However, their most significant contribution was the custom of eating while sitting at a table, rather than lying on couches. At the same time, the Byzantines were introducing the use of silverware.

From the 9th century on, the areas of Italy which had been conquered by Islamic peoples began to adopt many Arabic customs. This was due to the importation of various crops to southern Italy, which were previously unknown outside of the Middle East (e.g. pistachios, almonds, oranges, cinnamon, sugar cane, and asparagus). They also brought with them new techniques for agriculture and fishing. Arabic peoples are also responsible for the invention of pasta, which is now considered the quintessential Italian food. Yet, its origins are found with the nomadic Middle Eastern tribes, being highly portable and non-perishable. Sicily, with its ample supply of wheat, soon began producing this new dish, and the rest of the country followed. Later, herbs, spices, dried fruits, and olive oil (all common Mediterranean ingredients) were paired with game meat (a Norman passion). The Crusades brought with them new ideas from the Holy Land, and a further expansion of the catalogue of available ingredients.

Due to the strong economy of the 1200s, the various Italian communities began to introduce new delicacies into their diets. Examples include panforte (a dense, chewy cake made with dried fruit and nuts) and confetti (Jordan almonds). However, the real rebirth of Italian cuisine began in Tuscany in the 14th century. Their culinary masterpieces found their way into foreign courts where they became the envy of all. This elevated the simple food of the common people to a more sophisticated and wealthy plane. Elaborate banquets were held with fine foods and fine decor to exorcise past fears of hunger and starvation through a show of abundance. This is the time period when the pastries and confections we know today were born. So, too, was the practice of thoughtful table settings, down to the whitest tablecloth, the most valuable stemware, elegant cutlery, and silver candelabras.

The European discovery of America further enriched Italy’s cookbooks with new ingredients: corn, potatoes, and most of all – tomatoes. The latter became an indispensable part of Meditarranean cuisine as the “pummarola” was used liberally to dress pasta dishes. Turkey also started being raised locally.

In 1574, on the occasion of a banquet held by the “Serenissima” (the city of Venice) in honor of Henry III of France, those who sat at the tables laden with rich delicacies admired sculptures of sugar made by Sansovino (Venice had had a monopoly on sugar from the time of the crusades).
Even in more modern times, foreign courts continued to influence Italy’s way of eating. The French imported their fine sauces and dressings, the use of onions in recipes, and shortcrust pastries. The Spanish love of fried food soon swept the land (the Sicilian food known as “impanate” are essentially the same as the Spanish “empanadas”). Similarly, the ideas of the invaders who came down into what is now northern Italy influenced how pasta is still made today. They substitute lard for oil, fresh pasta for dried, and make it with buckwheat. They may even further develop it into something more elaborate such as “tortelli,” though it may even be substituted entirely by rice or polenta. Vegetables were generally eaten raw, and meat was preferred grilled or stewed. To this day, people argue whether the milanese cutlet is of Austrian origin, or if it was the Austrian wienerschnitzel that copied Milan.

However you look at it, the strength of Italian cooking is in its history, its variety, and its depth – in a way that no other culture’s food seems to match. Despite the many different ingredients available, only a few are used on a regular basis, and they take center stage. The other ingredients remain in the background and are used to bring out those key flavors – never to cover them.

With the sole purpose of allowing you to enjoy this extraordinary variety and wealth of flavors, Italy Trails has created its Italy Food Tours. You can experience the joys of Italian cuisine as part of our regular tours, as they have dining and sampling opportunities built-in to each one of them. Every tour allows you to try real local dishes and local produce at the several fine, authentic, local restaurants we’ve scouted out for you. You can also opt for a tour that’s specifically dedicated to Italian food. These tours even include cooking classes that will give you the chance to take a bit of Italy’s flavors and traditions back home with you. 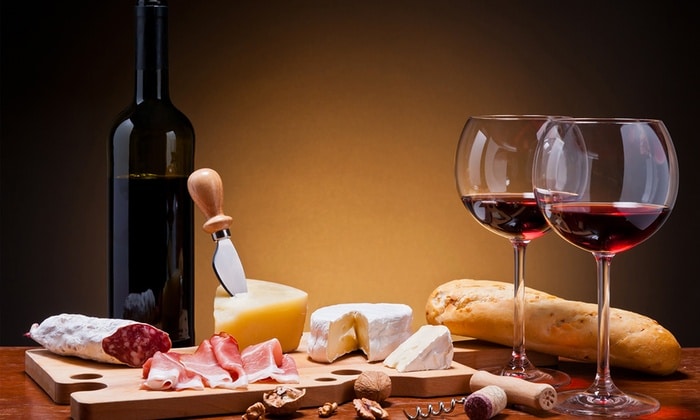 Contact us without obligation to make travel plans! If you wish, we can start a videoconference so we can get to know each other better.